Through the Looking Glass Menage a Trois

A critique by Alice Gebura 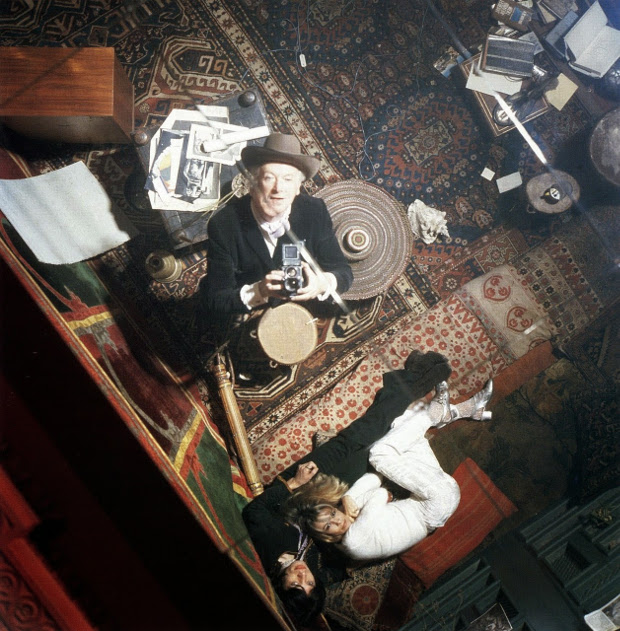 Cecil Beaton, Mick Jagger and Anita Pallenberg on the set of Performance, October 1968. ©The Cecil Beaton Studio Archive at Sotheby’s

Running from his mob boss and the law, sadistic thug Chas falls down a rabbit hole, Alice in Wonderland style. His exit from a seedy and gratuitously violent world into a psychedelic and gratuitously sexual one projects two fantasy experiences for the straight, adolescent male. As such Performance is a typical film pandering to the male gender. It’s a man’s man-world with lots of creative torture on the streets. The two women who inhabit the wonderland mansion serve up sex fantasies in the favored prototypes blonde bombshell and pubescent nymph. Pherber, the blonde, also tends to Chas’ wounds. How convenient when your sex priestess is also a mother figure, at the ready to kiss your boo-boos. The au courant counter culture embellishments that gave the film its cache can’t disguise its underlying service to the hormonally-driven male persona.

I suppose it’s admirable that the actors were so dedicated to their “deep-method” craft.  They say James Fox spent time with real London criminals to perfect his character. Too bad the film didn’t otherwise extend its authenticity. Since when does Uncle Mobster read Borges? Performance tries to be Warhol Factory cool but the sanitized bodies, all glamour and no grit, are more in the spirit of Playboy Magazine. Also, those were not psilocybin mushrooms. The red aminita muscaria will kill you within 48 hours.

The duality-themed reveal when Turner and Chas reverse identities is foreshadowed with mirror shots and pretentious dialog.

[Guffaws in the room]

Lots of food for Freudian analysis, I suppose. What a nightmare for some poor schmuck psychiatrist. Performance is a postmodernist journey into the male psyche on a quest to aggrandize its ordinary propensities.  As a female viewer I experienced it as a singularly effective sleeping pill.

Chutes and Ladders: The Vertical Worlds of Parasite and Kiss Me Deadly 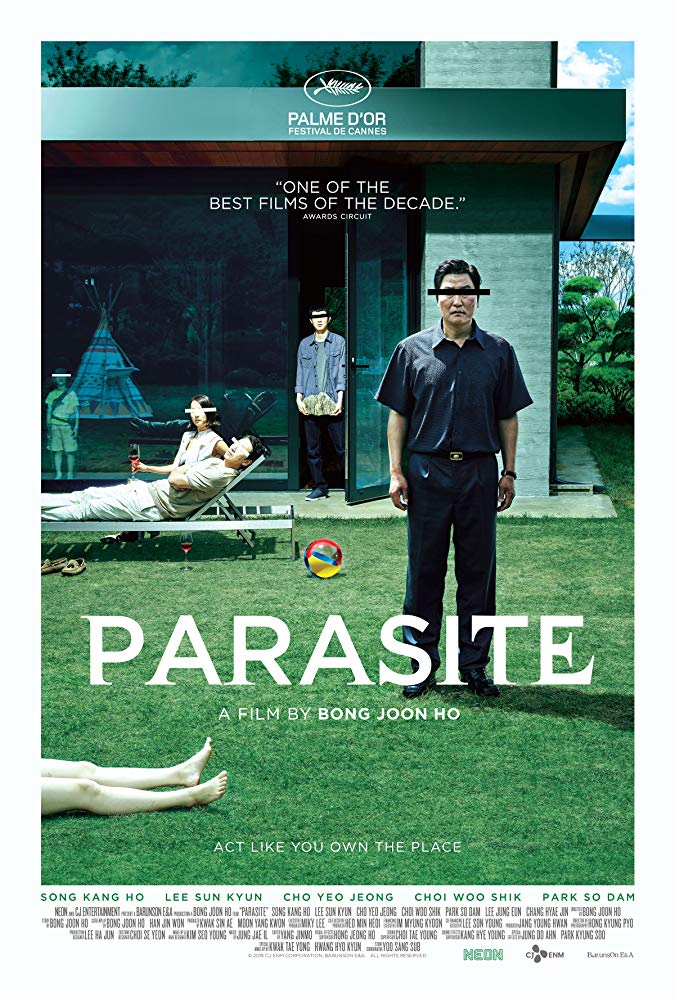 While enjoying Bong Joon Ho’s Parasite I was reminded, surprisingly, of Kiss Me Deadly – a brutal noir from 1955 shot on location in Los Angeles.  In Parasite, Ho uses elevations as a metaphor throughout the film: from a subterranean shelter to a high-ground wealthy enclave reigning over a below-the -sewer-line slum. The protagonists move up and down in a vertical world that mimics their aspirations as well as their attempts at survival. 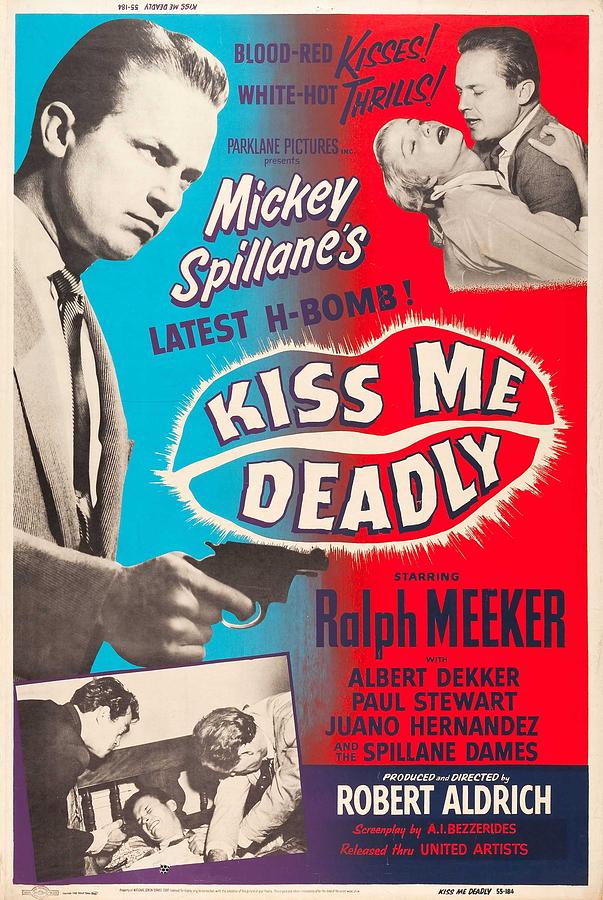 Kiss Me Deadly also sets up a vertical world. Dana Polan noted, “The hard-boiled detective is a cartographer, who finds that the spaces of the city are not random but are traversed by networks of class, power and privilege.”  In Kiss Me Deadly the networks negotiated by Mike Hammer are signified by various stages of decay or luxury: a marble floor in an upscale art gallery or classical statuary flanking slate steps contrast with cracked wall plaster lit by a single light bulb in the ceiling.

A prominent architectural feature throughout is the staircase.  Sixteen distinct stairways, interior and exterior, are seen in Kiss Me Deadly.   Staircases exploit all the spatial characteristics of cinematic space (landscape within a frame): width, height, depth, elevation, and density.  In Kiss Me Deadly, they run the gamut from the softly curved concrete steps that lead from hospital to street, to the worn-out wooden stairs that crisscross the façade of a boarding house to narrow, interior stairways deep in shadow.  They are stylish, softly curved, physically taxing, steep and dangerous, dark and sinister.  They go up, down, across, and reverse direction.  Where a staircase begins and ends is rarely visible.  For example, the stairs at the base of 121 Flower Street are hidden by shrubs.  In the cheap hotel where Lily Carver lives, camera work suggests the deeply shadowed, turning staircase leads to an infinite abyss. 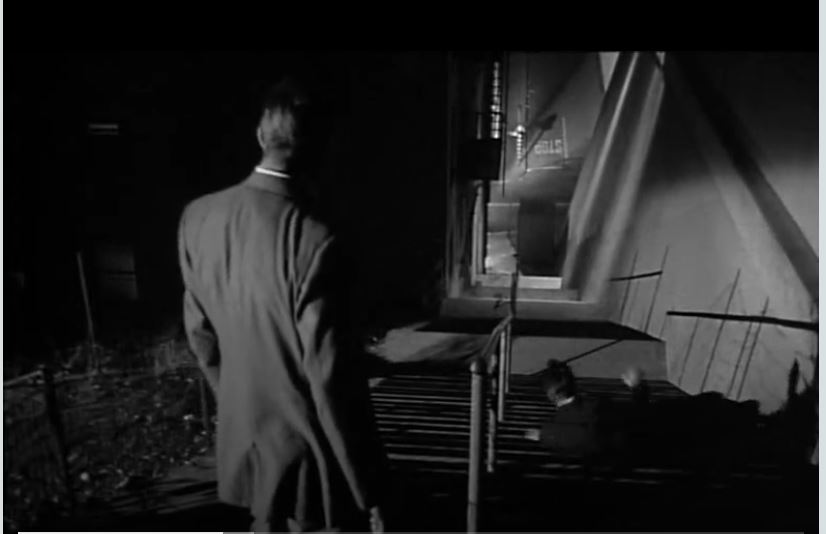 The first staircase we encounter is a treacherous set of multi-story concrete steps leading out of an alley down which Hammer throws an assailant. That perilous tumble foreshadows Hammer’s own downfall and the implied fall of humankind building throughout the film.

Staircases are a metaphor for the twists and turns in Hammer’s quest, the physical and psychological spaces that must be navigated from one witness or clue to another.  The physical attributes of each staircase match, of course, the social status of its location.  More importantly, as David Hockney noted, “The way we depict space is connected to the way we behave in it.”  Staircases become locations for controlled and intentional action vs. uncontrolled actions based on fear and panic.   Camera work and lighting intensify these experiences. The dangerous stairways that stitch together Hammer’s movements across Los Angeles are metaphorical conduits through a psychic landscape in hell. Human life emerged from the sea and so the cycle closes there as a nuclear fire sends Hammer and Velda down the rickety steps of a criminal hideaway and into the surf.

Kiss Me Deadly Inventory of Stairs 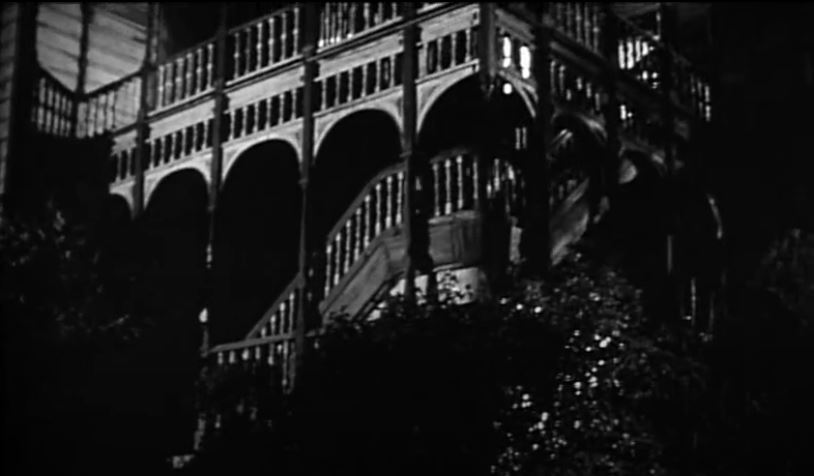 On Location in Los Angeles

Hammer’s investigation takes him to the Bunker Hill area of Los Angeles, a turn-of-the-century prosperous neighborhood that had devolved into a slum of rooming houses by 1940. In the 1960s urban renewal razed Bunker Hill and rebuilt it as a civic area. The Los Angeles Times has an excellent timeline with photos here. 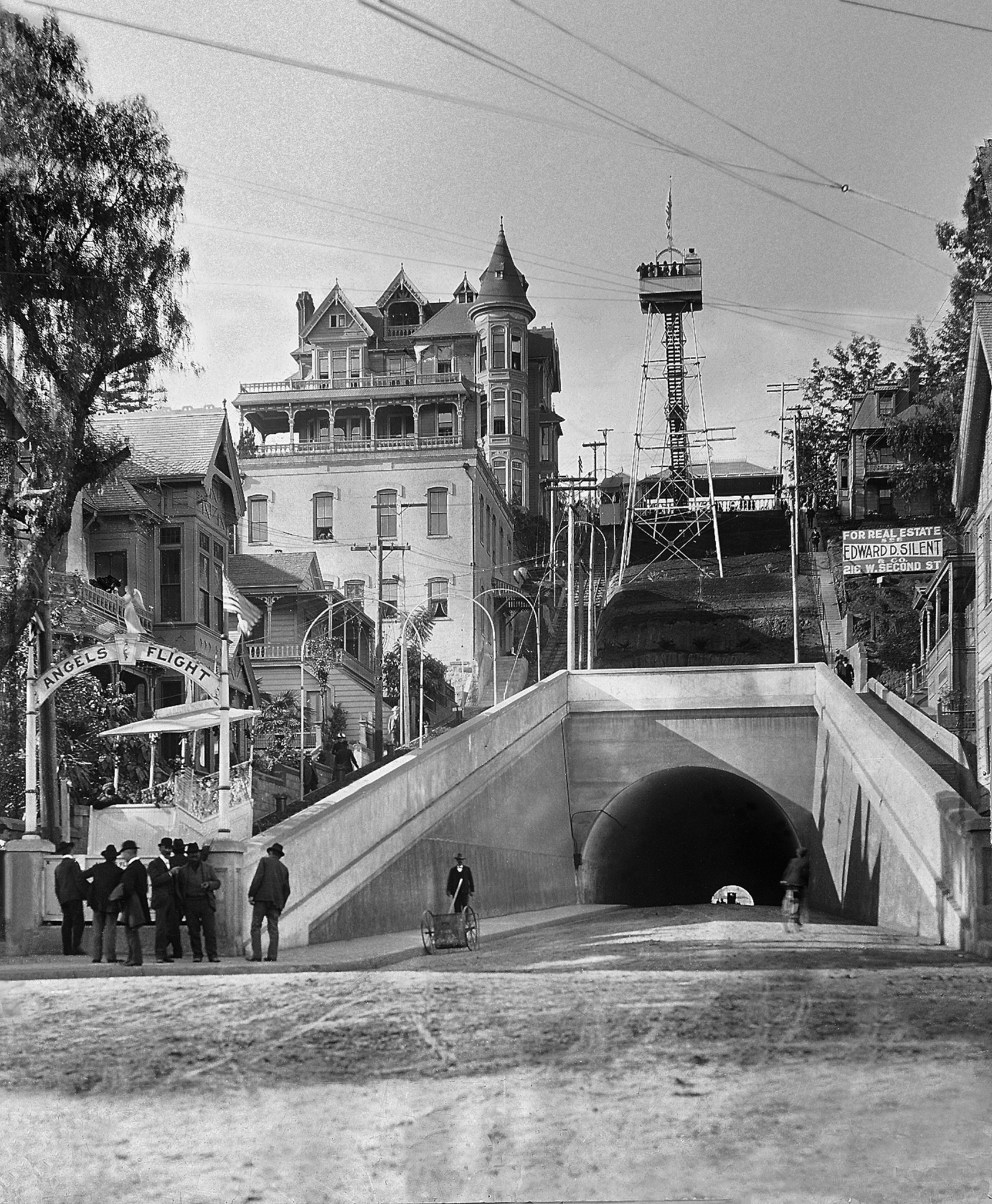 Bunker Hill in 1901. By 1955 most houses had become rental units for immigrants. 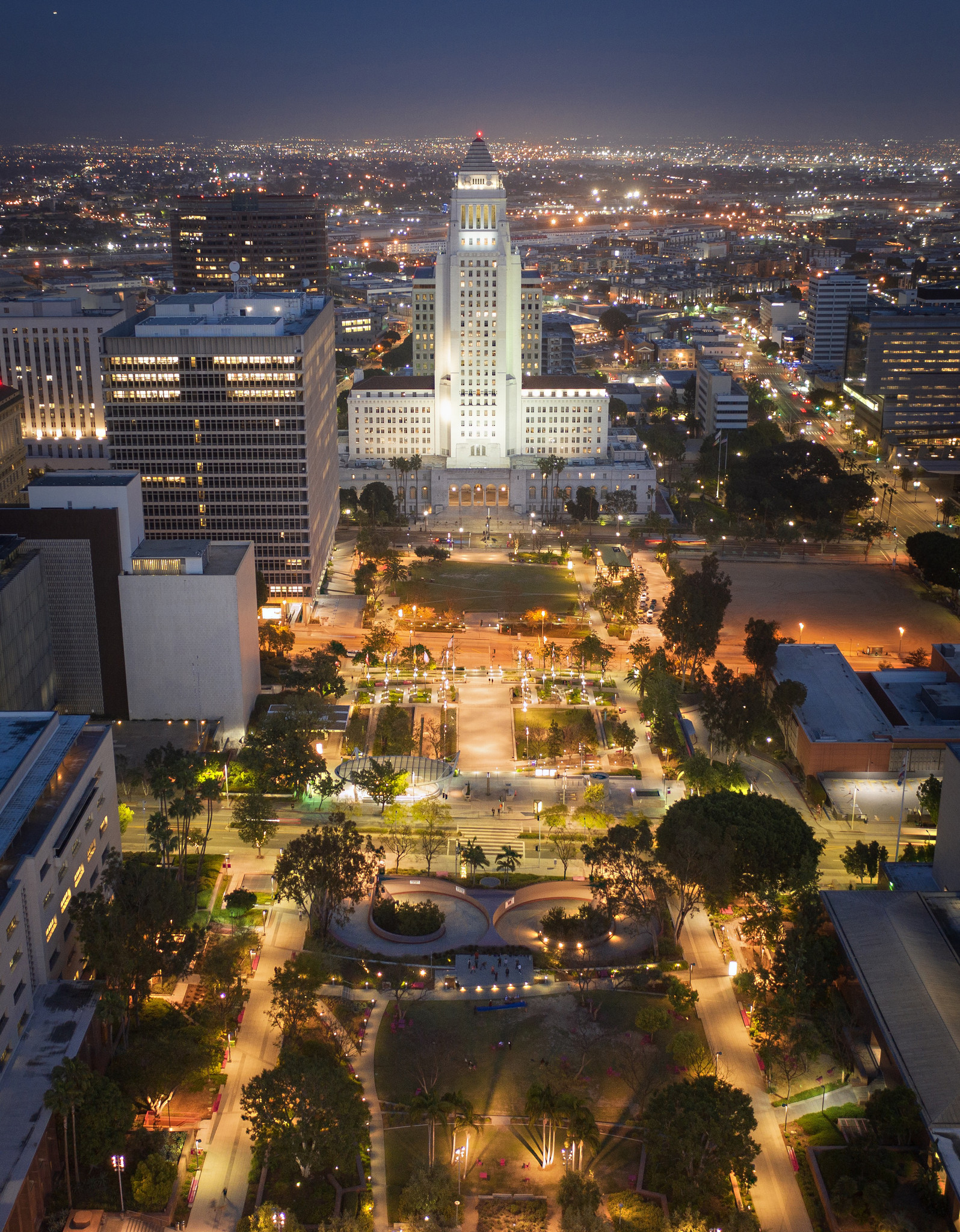 Cinematic stills are copyrighted by their respective owners.

The Dying Swan (Le Cynge) and the Art of the Dancer 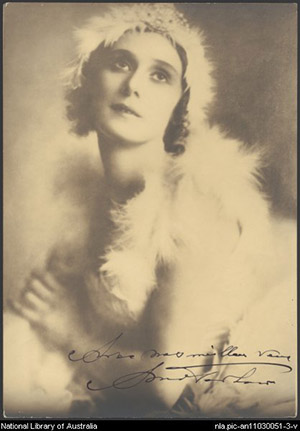 This post is dedicated to all my friends in the dance world.

In 1905 Mikhail Fokine, choreographer for the Ballets Russes, created the choreography for Le Cynge, composed by Camille Saint-Saens for cello and two pianos, specifically for the great Russian dancer Anna Pavlova, also of the Ballet Russes.  It depicts a swan’s struggle with death, inspired by the Greek myth of the Mute Swan (an actual species) who could not utter a sound until just before it died (the myth, but like all myths tells an archetypal story; this one a parable about what is inside).

The work of Fokine, Pavlova, and the Ballets Russes marks historically and artistically one of the greatest turning points in dance (also for art and music), but that’s an interesting topic for another moment.  What I want to write about today is how my appreciation for the art of dance has been tutored by watching how great dancers interpret a work.
END_OF_DOCUMENT_TOKEN_TO_BE_REPLACED

24. May 2013 · Comments Off on Behind the Candelabra – Is Another Candelabra · Categories: Film & TV Reviews · Tags: Liberace Museum 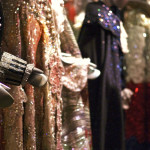 Since Steven Soderbergh’s movie about Liberace is on HBO this Sunday, I thought I’d post some  photos from when I  went to the Liberace Museum when I was in Las Vegas some years ago .
END_OF_DOCUMENT_TOKEN_TO_BE_REPLACED 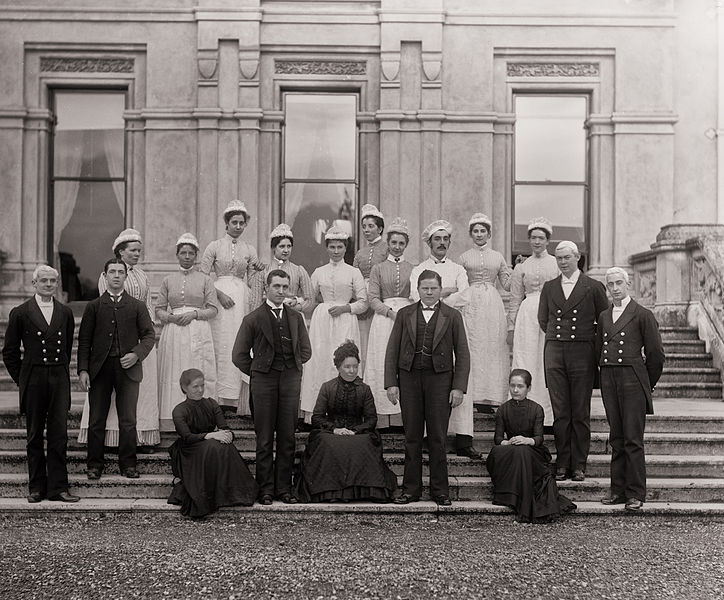 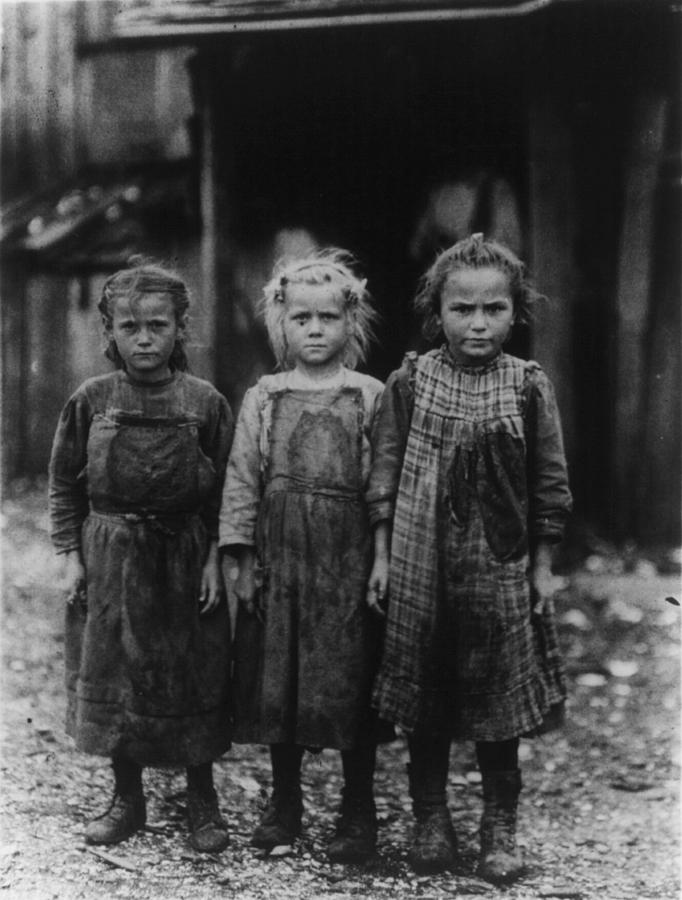 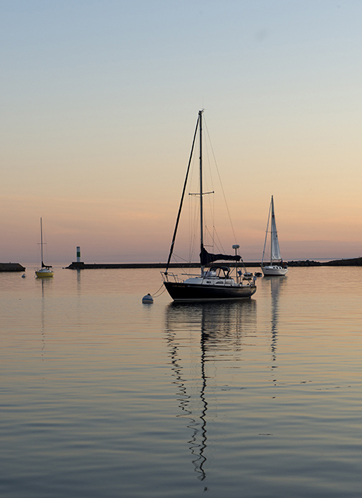 This well-frosted Barbie cake was made at Niko's Bakery in Salem, Mass. Niko retired and there's no one to replace him.